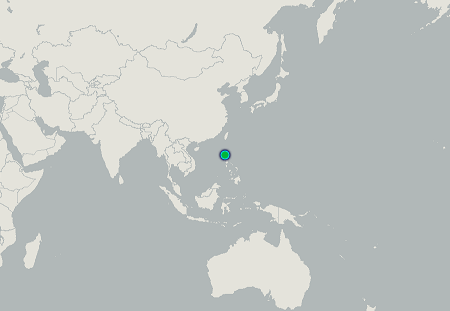 Many of these small frogs began calling in the late afternoon, after a rain, and continued until later at night when things began to dry out. All called from individual locations, usually hidden on an inclined bank (but then almost everything here is on a steep incline). Searching by flashlight we were able to locate three and capture two. The two were held until morning, photographed and released at their individual capture locations. The two captured individuals were calling from- a) beneath a dead leaf on a rock and b) on a piece of plastic wrap caught up in the ground cover. Both were about 4-5 inches above ground level.
I am unsure of this identification. I am using Alcala and Brown's "Philippine Amphibians". They describe the advertisement call of the male as a "whistling sound" which is definitely NOT the way I would describe this frog's call. I have many other pics, including the ventral surface. If you are familiar with Philippine herps and can help with this id please drop me a note.
Vouchers 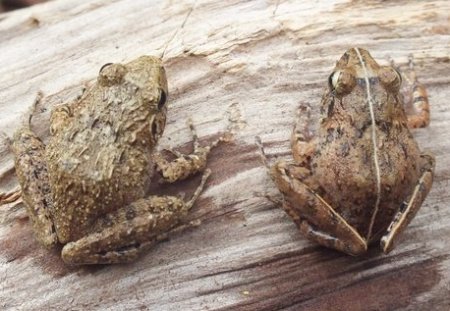