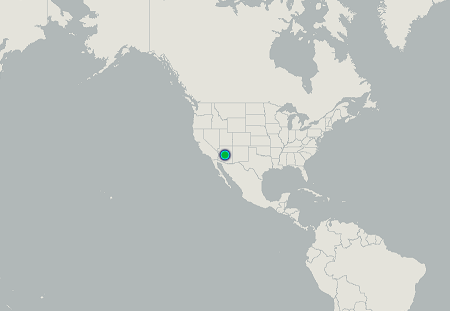 This is Melanie's story on spotting the rattlesnake...
"First, when I was walking one of the bird transects this Saturday the other observer, Brian Ison, nearly stepped on this rattlesnake. He thought it was a Mohave, but I wasn't so sure since it looks like it is molting. I thought perhaps tiger rattlesnake, but it was larger than the tigers that I saw on our surveys, and it's head did not strike me as particularly small. We found it in (location deleted for security reasons). It was under a pile or rocks, in the wash. Brian was about a foot and a half from it and it did not rattle. It was about 9:30 am, October 13th, and was sunny with no cloud cover, precipitation or wind. However, it had rained the night before and the ground was still moist in places".

Dave Weber,Primary Investigator for the Herp Survey, identified the specimen from the photos as a Black-tailed Rattlesnake. He also was the one who deleted the location from the entry. 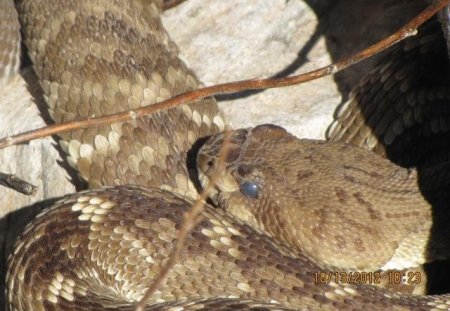