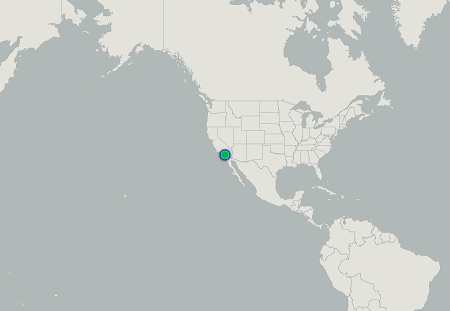 I found one rattler crossing the trail at 11:19 AM, and it promptly coiled under a bush. I returned later (around 11:45 AM) and found another rattler crawling around in the same area, so I watched it and recorded some video. The second snake followed a scent trail to the entrance of a nearby burrow. Then the first snake came out aggressively, striking once, and chasing the intruder into a bush. I believe both snakes were males, and there was likely a female down in the burrow.
Vouchers 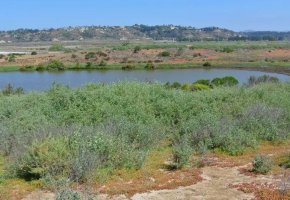 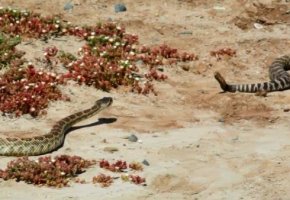 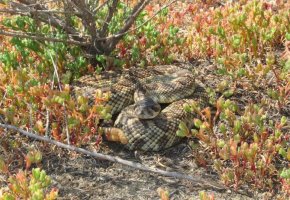 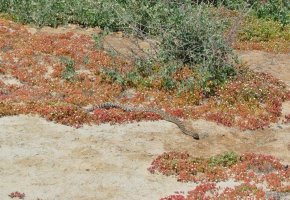 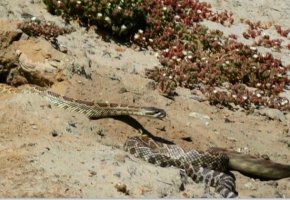